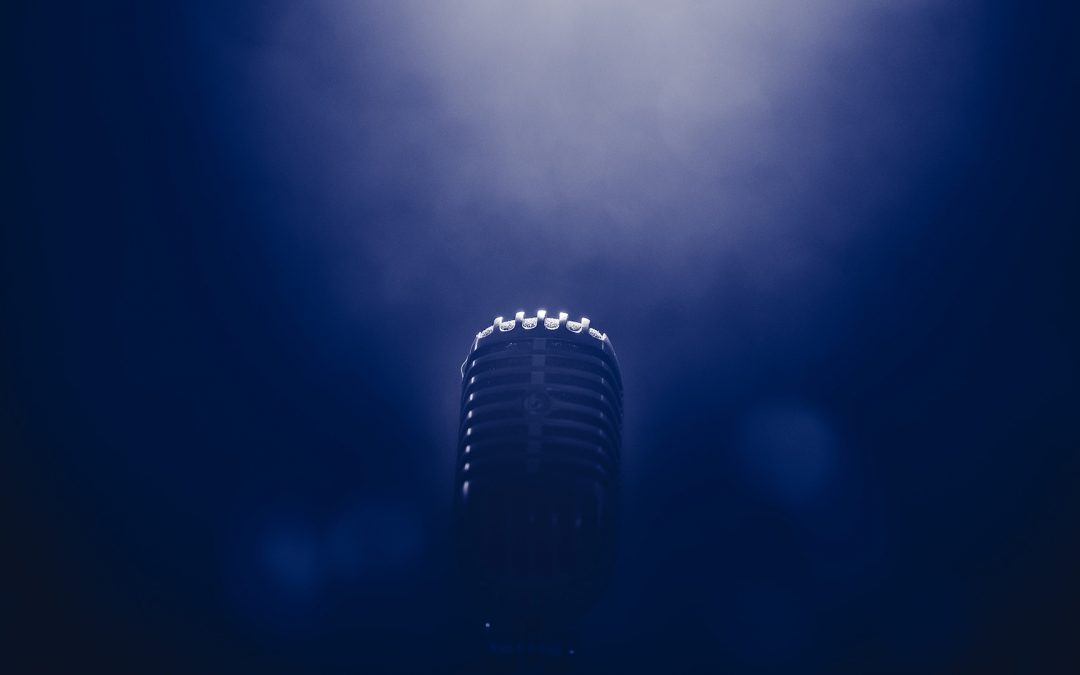 Photo by Bruno Emmanuelle on Unsplash

There it was.  My name on the list of speakers for the afternoon of Day Two of the Low Carb Gold Coast conference of 2019.

The speaking order had been switched around slightly on the day.  I was now to be the third in our set.  This was fine by me, as that provided ample time to be properly wired up by the tech crew beforehand while the first two speakers did their thing.  The anticipation in my mind would also be allowed just the right amount of time to build, without being so drawn out that it could have threatened to become overwhelming.

And then, just like that, my turn came.  I heard my name called, stepped up onto the stage from the side, took a deep breath, and allowed myself the briefest of moments to survey the scene.

Certain details about the room were immediately apparent as I began. There were over 300 seats in all, but the room was no longer completely full with a few having already departed, presumably to be back to wherever they needed to be in time for Monday morning. I didn’t mind though, as that gave me a scattering of empty seats that my glances could hop between, without inadvertently making direct eye contact with any particular person in the audience.

I had carefully practiced this talk many times over the previous couple of months, memorising the whole thing and even forming a rough plan in my mind of where I would move about on stage while I was speaking. One thing I did find a bit distracting was that certain sections of the stage creaked slightly as I wandered about, which I had to try fairly hard to ignore.

The reactions that I recall from the audience were most interesting. There was a mild murmuring of recognition at the mention of my success story on Diet Doctor, a collective gasp when I unfurled my original size pants and hung them out to dry, and spontaneous applause when I mentioned how much weight that I had lost.

But what struck me the most from that point on was just the silence. I had noticed at times during previous presentations throughout the conference, various minor disturbances amongst the audience: the occasional person moving about, a cough here or there, maybe a whispered conversation or people looking down, swiping and tapping on their phones. But while I was up there and underway myself, I couldn’t sense a thing. Only I appeared to be standing in the way of an entire conference room that was otherwise transfixed in complete silence.

That silence was comprehensively shattered after about eight minutes, at the moment I uttered the words “thank you very much.”

The excitement of the whole conference weekend had in fact played out almost precisely four years to the day since the horror of that first gym visit, back in October 2015.  As I sat writing in my journal soon after arriving back home, I found it hard to believe in a way that this had all just happened.  “It’s like I’ve been writing about an incredibly vivid dream and not even about reality,” I wrote.  How did I go from being a life-long morbidly obese nobody, to speaking on stage about my weight loss to an audience of hundreds at an overseas conference, alongside an impressive array of internationally renowned experts, within four years?

It seemed a fair question then, and still seems so now.

During Chapter 1 of The Fat Ginger Nerd, called The Fat Kid, I touched briefly on my earliest experiences with public speaking during my school days.  The annual school speech competition was something that everybody dreaded.  After all, there was precious popularity at stake.  What if anybody messed up in front of the rest of the class, or worse, in front of the wider school during the finals?  Many otherwise perfectly capable students chose to deliberately sabotage their own performance in front of their friends, just so that they wouldn’t advance any further.  The prospect of potential failure on an even larger scale seemed too great to bear.  It was everybody’s worst nightmare.

Everybody’s but mine.  For I had well and truly lost my own spot with the cool crowd long ago.  By this time, I had no such social standing left to lose.

What happens if you fail?

The fear of failure can cripple a person if they allow it.  And certainly, the feeling of actual failure can indeed feel far worse than the fear of it beforehand.  This I know from far too much personal experience.  Every time someone made fun of me for my weight, I felt like I’d made the mistake of drawing that unwanted attention in the first place.  I felt like I’d failed.

But over the years, that feeling would strike me so often, on such a regular basis, that at some level I somehow became accustomed to it.  I got used to the feeling of failure.  I certainly didn’t enjoy it, to be sure, but as I got used to it all the same, the fear of it slowly began to fall away.

Later in Chapter 3 (The Fat Guy), I wrote about my time in radio.  There I learned very quickly that each and every voice break was an opportunity for mistakes, a chance for failure.  And there were a lot of voice breaks over the years, too.  I estimate I probably delivered around ten thousand or so live weather forecasts alone, over the course of my career.  And indeed, they didn’t always go according to plan on the day.

But I controlled that fear by reminding myself that each voice break was only going to last a short time.  Usually, I would have something ready to say in advance, which always helped.  I might have a minute or so beforehand to rehearse it in my mind.  And then when the time arrived, I’d turn the mike on, say what needed to be said, start whatever audio was to follow, turn the mike off, and then relax.

In my experience, public speaking is fairly similar to radio, just minus all of the physical barriers between you and your audience.  The more preparation and practice beforehand, the better.  One might possibly have to dress the part a little more so before a live audience, than when hidden away in a studio (pyjamas might not cut it).  And there won’t necessarily be a physical mike button to turn on and off at each end of the presentation.  So when the time comes, I use what I call my inner microphone instead.  I flick an internal switch, and then I go.

Failure is always an option.  But then, so is the alternative.  And these days, I personally find that alternative to be far more enticing to be thinking about instead, and to be aiming for instead:

What happens if you succeed?