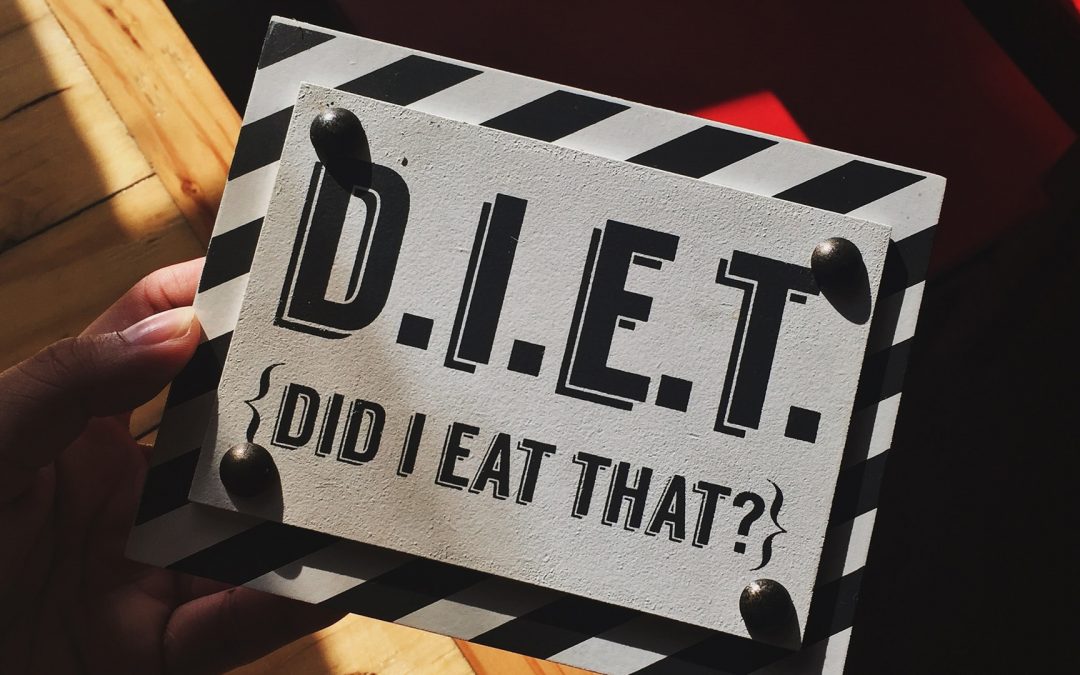 Photo by Jamie Matociños on Unsplash

It was while researching for the later chapters of The Fat Ginger Nerd in 2020, that one day I stumbled upon something that filled me with a terrible, yet familiar, sense of dread. I had found the very diet that had been prescribed to me by that very first dietitian I had seen almost 30 years ago, as per the story told back in Chapter 1: The Fat Kid. And all of a sudden, a whole new wave of memories from that dark time were unleashed.

I remember exactly where the building that housed the dietitian’s office was at that time, though I’m pretty sure it’s not there anymore. It was a tall, possibly two-storey red brick building, with a stairwell on the outside leading up to the office itself.

It was inside that office where I was weighed at the age of about 12, the precise value I no longer recall, but might have been around 80kg. It was there that I was first introduced to that great big poster on the wall of what was being sold to me as my new best friend: the now-infamous Healthy Food Pyramid. It was there that I was told the reason I was fat was because I was eating too much fat, which, according to that pyramid, was an almighty no-no, right up at the very top of the “eat least” section.

Fat wasn’t the only thing up at the top of the pyramid either, to be fair. Salt was also there, which for me, usually meant brushing it off the chips one by one during fish and chip night on the weekends. There was also alcohol, but I was of course too young for any of that anyway (and I still don’t drink, even now). And sugar was there, too, even if in those days, it was known primarily as the enemy of the school dental nurse more than anybody else. But I brushed my teeth every morning and evening, and have never had a single filling to this day.

Still, it did all seem like a lot to have to go without. Did I really have to quit it all? Could I at least be allowed to eat one of those things? I didn’t want to upset the dental nurse by treating myself to sugar. But I didn’t want to upset the dietitian by allowing fat, either. And she was insistent that of the two, fat was definitely my problem. “You are what you eat,” she assured me.

Beyond the pyramid itself was a more comprehensive written document that the dietitian was also referring to, which, as I later rediscovered, was a report published by New Zealand’s then Department of Health dating from 1991, called Food for Health.

There were two different but similar variations of the diet within that report: one for people with money to spare, and one for those on a budget. There were three days worth of meals to each plan, so six different daily plans altogether. Some included things that I had never consumed as a 12-year-old such as coffee, tea and wine, so the idea for me was to adapt my own meal plan from the set of options presented there.

Each plan was laid out on a single A4 page. I remember both pages (17 and 18 in the original report) having been printed out and attached to the doors of the family fridge and freezer in the kitchen, each held in place by various large plastic fruit and vegetable-shaped magnets, so there was no avoiding them whenever I went looking for something to eat. Whatever I could find behind those doors had to align with what was displayed in front of them, in order for me to be allowed to eat it.

I took home a copy of that full report itself to read, as well. The dietitian wasn’t sure if that was really necessary, but then it was my turn to insist. As big-boned as I appeared, I still felt big-brained, as well. I wanted to learn as much as I felt capable of learning about all of this. The very fact that the dietitian expressed reservations about my reading the report, only made me want to read it even more. Maybe there was something wrong about her advice that would reveal itself in there. Maybe I’d find something she’d missed?

I was always into reading at night before bed while growing up. I remember poring obsessively over every page, every paragraph, every sentence, every word of that report, searching for something – anything – that would offer any additional insight on top of what the dietitian had been telling me with regard to weight loss.

From my own interpretation of the report, however, for better or for worse, the dietitian seemed to have gotten things exactly right:

“Obesity occurs when energy intake is more than required. … Individuals with low levels of physical activity … may have an energy intake which exceeds output.” (p.30)

“Fat is the most energy dense of all nutrients, so its reduction in the diet is a major aspect of weight reducing.” (p.33)

“Children over the age of five years with progressive obesity should restrict energy dense foods … and increase physical activity.” (p.31)

In my mind there are two key factors to successful weight loss for any individual: they need to be willing to lose it, and they need to be able to lose it. Yet, our first assumption of any person should their weight loss attempts fail, is almost always that they were unwilling, they were greedy, they were lazy, they just didn’t try hard enough, they just needed more willpower. We tend to settle for simply blaming the individual, and never really think it through any further than that.

Why don’t we think it through any further than that?

My answer: because to do so would require that certain beliefs be confronted head-on. We would have to consider the possibility that maybe we were wrong in some of those beliefs. And certainly, that can be a hard thing to do sometimes, to admit when we might have been wrong, especially when the stakes are so incalculably high as they are in this scenario. What if it’s not so much a case of the people having failed the guidelines, as it may in fact be a case of the guidelines having failed the people?

All I know for sure, is that I personally tried my best to make friends with that food pyramid back in the day. Unfortunately for me, it just wasn’t ever interested in being my friend in return.