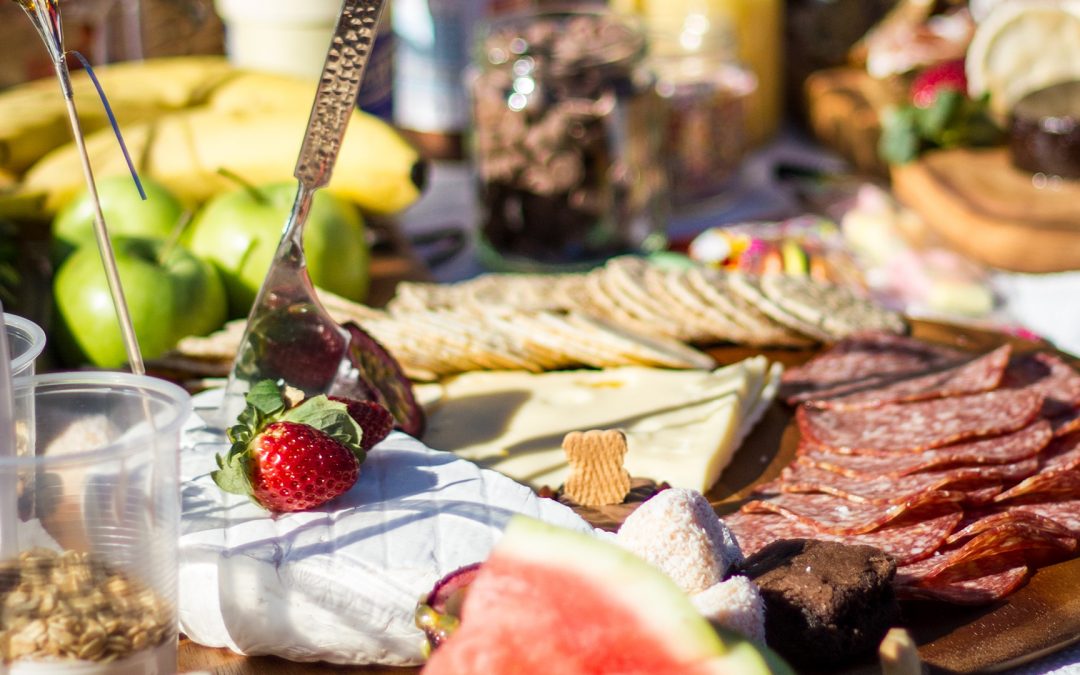 Photo by Tim Cooper on Unsplash

One of our favourite cartoons in the family household while I was growing up was The Gummi Bears.  It was one of the first TV shows that we recorded regularly on our flash new VCR, taking great care to pause the recording whenever the ads came on.

With a number of TV shows when I was younger, I tended to identify particularly strongly with one or two key characters; in the case of The Gummi Bears, with the bear called Tummi.  Given their names reflected a key characteristic of each of the bears themselves, it’s probably not hard to guess how I found myself relating to Tummi so easily:

Tummi had a tummy.  As of course, did I.

There were times when Tummi’s weight played against him.  He once got stuck in a hole, Winnie-the-Pooh style.  Earlier that same episode, when he moved to stand up out of his chair, the chair rose up with him.  When put on a diet, he kept hidden food stashes around the home.  He was occasionally scolded for his appetite, to which he would generally protest that he was hungry, and that various activities also made him hungry.  “Breathing makes him hungry,” one of the other bears once muttered in response.

Oh, how I could relate to poor Tummi.  The sensation of hunger was one that I knew only too well.  And I hated it.  I couldn’t understand how everybody around me wasn’t also feeling as hungry as I generally was.  And in my own case, it made the least sense of anybody that I knew: after all, why would I still get hungry when I’m already fat?

My typical eating cycle while growing up tended to be something like this: a breakfast of cereal and toast which, more often than not, would leave me hungry again by morning tea, so that would be when I’d have most of my lunch, which was generally sandwiches plus a little home baking.  By lunchtime itself there wouldn’t be enough left over, and so by the time I got home from school, I’d be ravenous enough to down an entire foot-long bread roll.  And yet there was never any chance that I’d “spoil my dinner,” as I’d somehow still have room for that as well, only a couple more hours later.

One of the key changes that I observed over the course of my own weight loss journey was the extent to which I used to be affected by hunger, versus how it affects me now.  As I mentioned in Chapter 10 of The Fat Ginger Nerd – The Issue, part 1 – I wouldn’t necessarily have described myself as a food addict as such.  It was more just a case of feeling the urge to satisfy my hunger.  At all times, I was only ever responding to my body’s signals that it was time to eat, in just the same way that the rest of us all do.  The problem was that I was getting those signals almost all the time, that I was hungry almost all the time.

I could eat till I was full, but it would never take long for the feeling to return again afterwards.  It would return too often, and too strongly, for me to resist.  Others would accuse me of being greedy, or lazy.  But for me, the emotions that tended to associate most closely with that physiological feeling of hunger, were generally those of resignation and/or shame: “Great, here we go again, it’s time to get even fatter…”

Nowadays, there exists for me a certain separation between the feelings of psychological hunger and of physiological hunger.  It is the difference between simply wanting to eat because I feel that I could, and needing to eat because I feel that I must, that I would otherwise suffer or deteriorate in some material way without having eaten.  The former feeling can still ebb and flow across the day in waves, but while the latter, more compulsive aspect used to always accompany each such wave unconditionally, it now tends not to develop anywhere near as quickly or readily as it once did.  I don’t get so hangry anymore as I often used to do.

These days I’ve come to think of hunger as basically being the body’s way of saying “I need more of whatever it is that I need.”  But then the real question becomes: what does the body actually need?  Of course, it can’t tell you that outright; this is something that we have to figure out for ourselves as individuals, through a degree of trial and error.

So here’s what I’ve noticed.  In my experience, I can have a plate of pasta for lunch, and I might not be hungry again until say, 3 o’clock.  But if I have a plate of porkbelly for lunch, I might not be hungry again until say, 6 o’clock.  On that basis, which of these meals might my body seem to prefer?  Obviously that would be the porkbelly, but then it becomes a matter of understanding why that is.  Either there’s something about the pasta that didn’t quite hit the spot from the body’s perspective, or there’s something about the porkbelly that did, or perhaps a bit of both.

There are various angles to the concept of eating for satiety.  Some propose that foods higher in fat help with satiety given their increased energy density, trusting on the basis of calories alone that their body knows when enough is enough.  This theory fits my example, as there’s certainly more fat in the porkbelly than there would be in the pasta, and so quite possibly, more calories altogether.

Others might point to protein and the phenomenon known as the thermic effect of feeding, which is to say that essentially, protein takes longer to digest and actually requires a much greater percentage of its own energy to metabolise, gram-for-gram, than either fat or carbs.  Again, this could also explain why the porkbelly would tend to last me longer than the pasta.

But while a meal like porkbelly might win out on the basis of either the presence of protein or fat over something like a plate of pasta, another key point of difference could be the absence of something else from the porkbelly, but something which the pasta has in abundance: carbohydrates.  If, as per the carbohydrate-insulin model of obesity, foods higher in carbs induce uniquely disruptive hormone responses that in turn drive us to eat more over time, then it stands to reason that avoiding such foods might therefore be better for one’s satiety.  And just like the previous two ideas, this one also fits.

Depending on the combination of hypotheses to which one might subscribe, there might be good reasons to prefer the porkbelly, or there might be good reasons to avoid the pasta.  Whichever turns out to be closer to the truth for each of us is difficult to say.  But relative to each other, one meal option is clearly superior in my experience, regardless of which biochemical mechanisms are ultimately responsible for the practical end result.

At the end of the day, I’ve found that eating foods higher in protein and fat, and lower in carbohydrate have done wonders for reducing my appetite.  I’ll never be able to fast for days on end like some have the ability to do, which I tend to put down to the fact that my appetite was so badly dysregulated for so long beforehand.  But for as long as I continue to eat this way, it’s hard to see me ever overeating like I used to do.

And in turn, all going well, I’ll never have a tummy like Tummi again.