A flock of seagulls 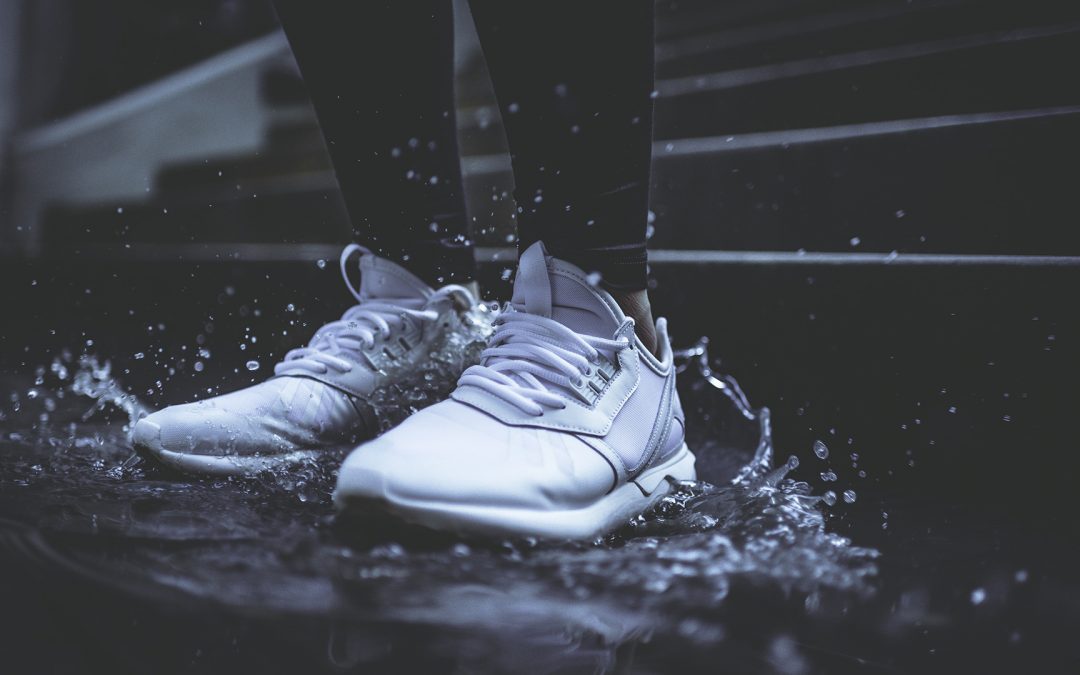 Photo by Dominik Martin on Unsplash

The rain was hosing down. It wasn’t meant to last, but I had things to do that weren’t meant to wait, either.

My shoes, I also knew, weren’t exactly waterproof. I was already onto my second pair of socks for the day at this point, and it was still only lunchtime. I couldn’t remember if I had a spare third pair at the bottom of the backpack that I carried to work every day, or not. But the backpack itself was back at the office, anyway.

There was only one thing to do.

I zipped up my jacket as I headed out the door of the building where my meeting had just concluded, took a deep breath, and ran the 93 open, unsheltered metres back towards the office. And this wasn’t just a light jog, either. When I say I ran, I mean this was an all-out, full-flighted sprint through the pouring rain.

It wasn’t until I’d made it all the way back to the office and had a chance to catch my breath that I realised the significance of what had just occurred.

For starters, it was something of a minor miracle that I hadn’t slipped and fallen flat on my face. The state of my shoes could safely be described as being on the worn side of comfortable. The tar of the footpath was smooth enough on dry days, let alone wet ones.

Mid flight, I found myself settling into a rhythm that, in different ways, felt both familiar and unfamiliar at the same time. The basic body movements soon came back to me: my bent arms were alternating freely, my head instinctively bobbing forward in time with every step; I’d been there before. But something was different this time as well. I found myself struggling to maintain my balance in an odd sort of way that I hadn’t experienced before.

Only afterwards was I able to figure it all out. This was the first time that I had ever fully sprinted at this size, even though I had already been weight stable for four and a half years to this point. It had been such a long time since I’d ever moved at such pace, that so much of myself had changed since then, that it was as if I had to re-learn the very act of running itself; I had to fight to re-establish a whole new centre of gravity for this new me, so that I didn’t fall too far forwards or backwards as I ran.

Just how long had it been?

The last time I can remember was when I made a public appearance that related to my work at the time, back when I was on the radio. Such promotional activities weren’t generally high on the list of things I enjoyed the most about those days, but it helped that on this particular occasion I happened to be visiting my old primary school. One of the teachers whom I remembered from my own school days was still teaching there at this point, and one of his students suggested that the two of us race each other on the grass outside. To the delight of the entire class, we agreed.

The race would have been of a similar length to the one I had just completed in the rain, at a guess. He would have been at least 30 years older than me, but at least 30kg lighter. And it would be the latter of these differences that counted the most in the end, enough for him to have won on the day. Not by much, mind you, but the victory was his, all the same. The kids loved it, and even I was happy to play the role. Outwardly, at least.

That all would have been about 20 years ago.

I’d have to go back a few years further before I could think of another time before that. I certainly don’t ever recall sprinting at any point during high school at all. I was never an active participant in any of the annual events there like athletics sports days, swimming sports days and the like; many of my battles with the PE teachers from those high school years are documented in the latter half of Chapter 1 of The Fat Ginger Nerd, called The Fat Kid. There was a bit of backyard cricket during those years as well, but the pitch we used was only the length of half a tennis court, so I don’t know if the runs accumulated there could really count, in this context.

No, I’d have to go back another full decade or so, all the way back to 1991. That would have been my last year of athletics sports, but we had been allowed to pick and choose our events for that day, and I had picked all the field events and none of the track. It was certainly the last year I participated in the annual cross-country event, but I had walked that one the whole way. (And the only reason I finished it at all was because one of my teachers had bet me a free ice block that I couldn’t do it.)

What I was still actively participating in back in 1991 though, were large-scale games of bullrush with the other kids outside. Bullrush itself had been banned by the school the previous year, as I recall. But every now and then, enough of us were still getting together for the odd game anyway in ‘91. I remember outpacing one of my classmates down what I suppose would have been the left wing had it been a game of rugby, to the surprise of many, myself included.

It was definitely easier when I was younger still. I don’t ever recall being any good at long distance running at all, even during primary school, but in those days there were at least times during shorter sprints when I might not always have finished last by too embarrassing a margin. But things, of course, would steadily deteriorate in that department as I grew. And grew, and grew, and grew.

Advocates of the traditional calories-in-calories-out approach to weight loss will no doubt continue to argue – as they had always done throughout the first 37 years of my life – that I should have been a lot more physically active in my youth, and that I was just being lazy for not having done so. My response now would be to invite any such critic to slap on a 30-40kg weight suit of their own, and imagine never being able to take it off at any time of the day or night, ever. They would soon discover for themselves why I wasn’t exercising as much as they would have liked.

Whether I wanted to or not was frankly irrelevant. I just couldn’t. It really was that simple.

But now, having since lost the weight, it seems I can. And at no point during any stage of that particular journey, did running ever have anything to do with any of it.

And so it had dawned on me, as I dug out my third pair of socks for the day from the bottom of my backpack, that on that rainy Thursday afternoon in June of 2021, I had actually sprinted a meaningful length of distance for the first time in 20 years, and perhaps for only the second time in 30 years.